The traditional wooden churches of Russia are particularly interesting. Working without hammer and nails, carpenters constructed such bizarre structures! Kizhi Pogost is an outstanding example of an architectural ensemble typical of medieval and post-medieval orthodox settlements in sparsely populated regions where evangelists had to cope with far-flung Christian communities and a harsh climate. The pogost (enclosure) and the buildings grouped together to form the site museum on the southern part of Kizhi are exceptional examples of the traditional wooden architecture of Karelia and more generally of that of northern Russia and the Finnish-Scandinavian region. 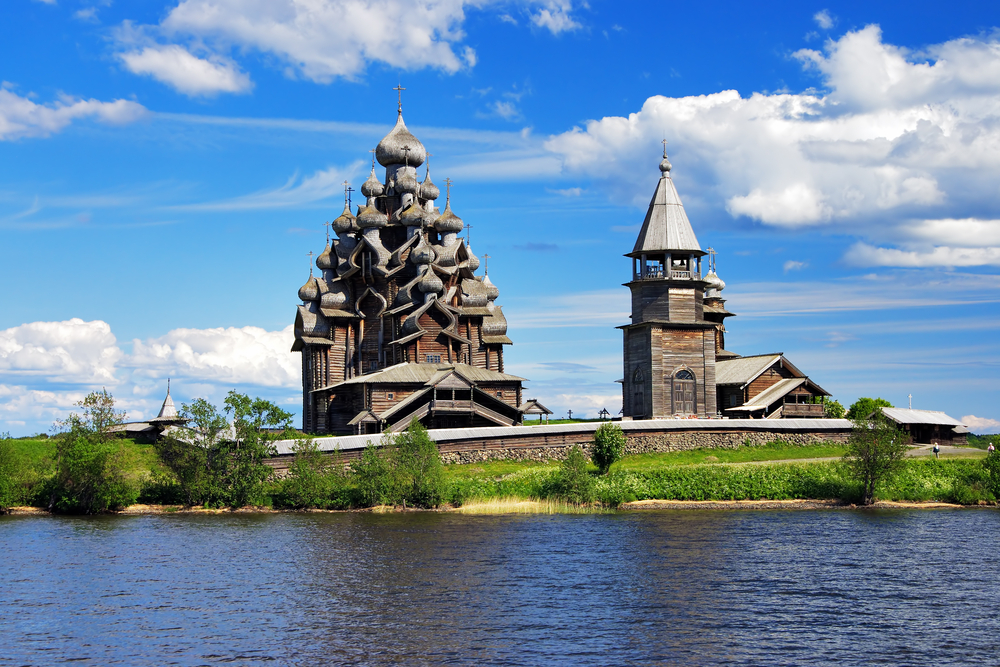 Kizhi is located in the heart of an unreal landscape where the sky, reflected in the limpid waters of Lake Onega, seems to hold suspended in the pristine air hundreds of small islands. In summer they seem to sparkle in the sun. Long used as a landmark by sailors navigating through the White Sea, it appears to visitors arriving nowadays via hydrofoil from Petrozavodsk, the capital of the Karelian Republic 68 km to the south, as a glistening three-faceted jewel.