The General Staff Building is a historic building, located on Palace Square in St. Petersburg.

The reconstruction started in 1819 by C. Rossi was completed in 1823, and a year later the ministry building was constructed facing the Moika River Embankment, Palace Square, and Bolshaya Morskaya Street. Between the western and eastern buildings, Rossi constructed two arches, one of which finalizes the entrance to the square, and the other accomplishes the perspective of the street by Nevsky Prospekt. In 1829, the construction work was finished. Developing architectural principles of Russian classicism, Rossi made ​​an outstanding artistic architectural composition. The General Staff Building surrounds the central city square. The main emphasis in the composition of the facade facing the square is a majestic arch, conceived as a monument to the Patriotic War of 1812. 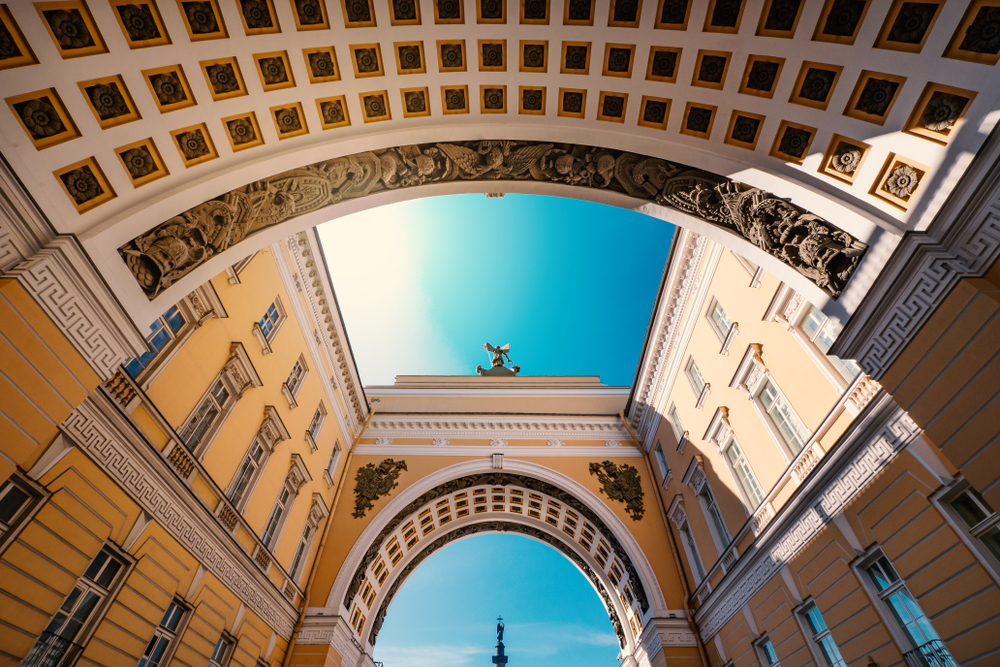 The theme of military triumph, greatness, and glory of Russia revealed in the sculptural decoration of the arch, crowned by the chariot of Victory and decorated with statues of warriors, flying figures of Glory with laurel wreaths in her hands, and compositions of the weapons and military armor. The arches and sculptural details of the chariot are cast of sheet copper by models of S. Pimenov and V. Demuth-Malinovsky.